MORE VISION can produce your corporate video and film project with our experienced staff and quality selection of equipment. We use AVID editors and PRO TOOLS software and can produce interlaced and progresive video to the customer's specifications. Give MORE VISION a try!

The MORE VISION company - in conjunction with the Fortress Of Freedom Corporation - is pleased to announce it's intention to produce an experimental film. The film will also be submitted to film festivals including the Toronto International Film Festival! We had the intention of forwarding Real Life to the festival; but the organizers threw us a fast one and changed the requirements to HD minimum. If I was a snarkier man, I might have uprezzed the film to HD format and submitted that, but we have the capability to produce real 24P/24F and may bo this route first for 2008 entries (but I will still keep the Real Life film under consideration to prove a point if it does not air before.....). 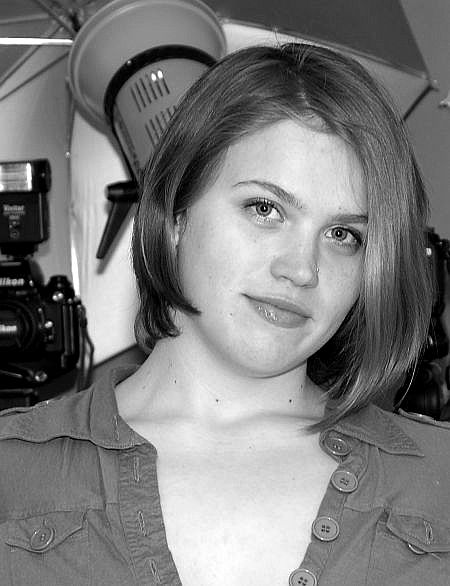 I will give much of the creative aspects of the project to Emily, our second at MORE VISION. I am spreading myself thin with all that goes on at our organization, Emily is fully qualified to get the seed idea for the project and work on that. We will use this experience as a test run for the Fortress Movie that we will produce when much of the experiement is finished. The venture will introduce us to the various aspects of film production, including financing which will soon become a necessity at our organization. We will shoot the bulk of the project on our recently acquired HD camcorder: The Canon XH A1. This camcorder is rapidly becoming "the" camcorder of choice for HD shooting on a budget and coming close to replacing or indeed replacing the Panasonic DVX and besting the HVX for value which uses P2 cards and hardrive for HD encoding. 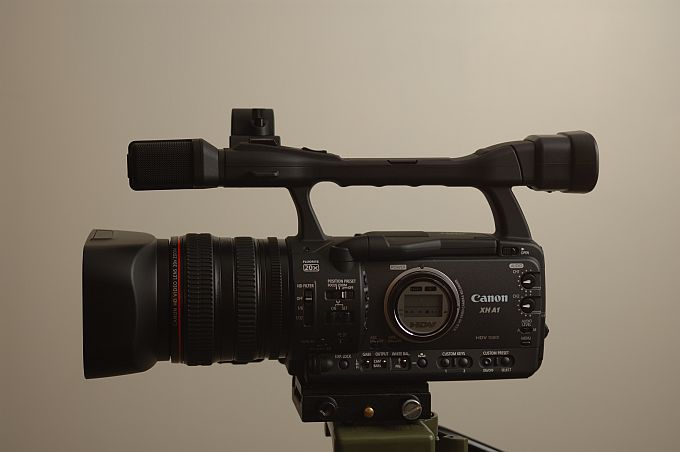 I really like this camcorder as it gives the best image under all situations and is highly customizable. I set the "gain" at -3 and "knee" at low and now use Zebra (set at 80 percent) as the camcorder like to puch up with gain and also likes to overexpose with out much notice . Other than that we will play it by ear. We looked at the Sony with it's CMOS chips and found that even more light hungry and noisy without the added gain - so that was a disappointment. We also took a look at a used JVC, the same as the camcorders used in the series "24" and found the images too finicky and again light hungry (just one look at the cold shoe said everything.....). You will also see an OPUS light on the camera, believe it or not, this cheap little light seems tailor made for the camcorder as every putton and door is given clearence and lots of room for the shotgun mic.; and it is low slung for transport and the light hangs over the handle so as not to cast a shadow - the designer must have had this light in mind for this camera. The light takes this huge battery that can be replaced with the light still on the camcorder with a new fresh one. 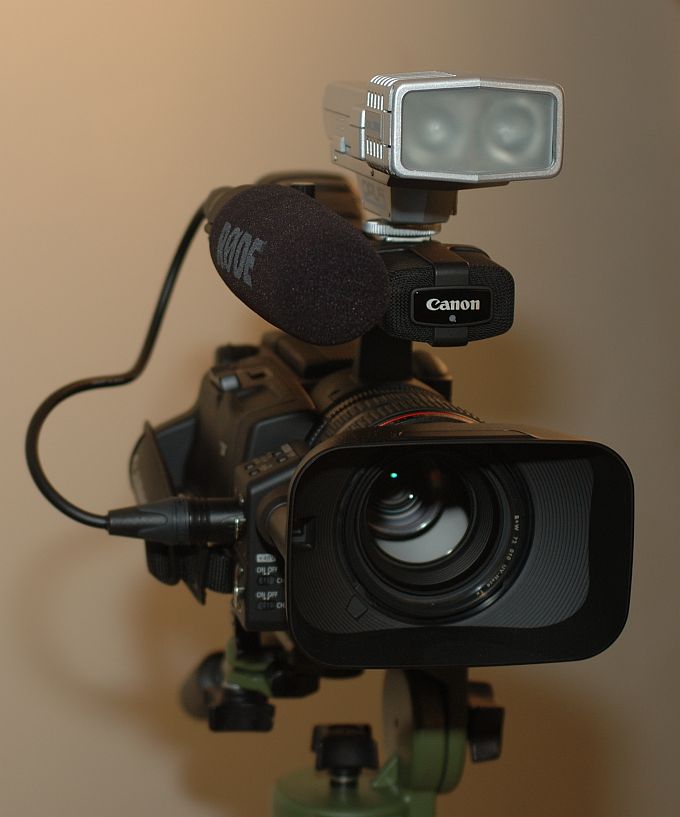 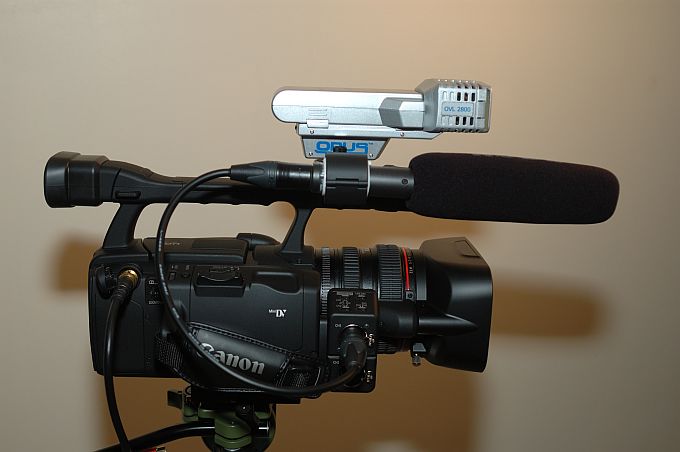 That is about it for now, stay tuned for further developments as they occur. 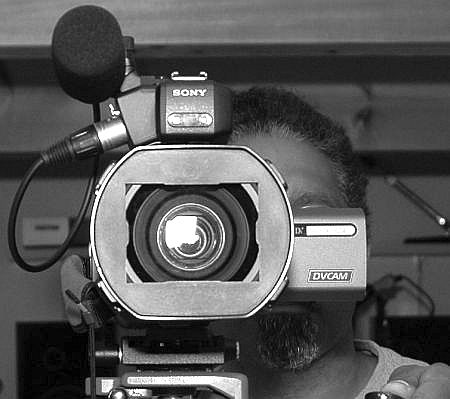